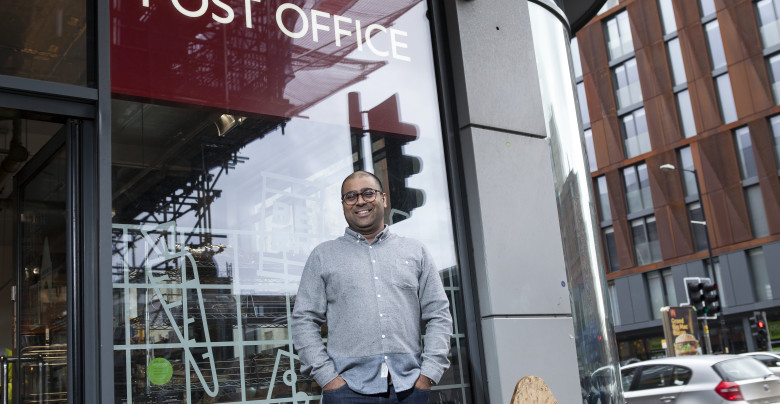 Working at the heart of the community

Mital Morar was born into a family retail business and, since his childhood, has known the value of having a thriving store that serves the local community. In 2006 he struck out on his own.

He now runs his own stores, which have gone from strength to strength, expanding quickly. He regularly sees 1,000 customers walk through its doors each day. It is successful because it aspires to be a community hub, Mital said. “For me, the biggest thing is the fact we’re independent,” he explains. “We’re striking out under an independent name, tapping into the old-school view of convenience stores as the heart of the community.”

But, he said, celebrating the community roots of convenience stores doesn’t mean being stuck in the past. In fact, being innovative and responsive to the needs of customers is crucial, Mital noted. “We specialise in vegan, dairy-free, gluten-free and vegetarian foods which reflects the desires of the local clientele,” he said. “We also stock a lot of quirky, cool products by small producers.”

Mital’s Manchester store has a social space – incorporating a local florist and a café – which runs events like quizzes and street-food pop-ups. It is has proved popular, Mital explained, and set his store apart from local competitors: “We really differentiate ourselves from other operators.”

Nonetheless, Mital maintains that his core business is still serving the local community. “Underlying and backing up our offering is always a small-range convenience store,” he said.

And to further that core offering, Mital became a Post Office franchisee in May 2018. Having the Post Office brand in-store appealed to him.

“It’s got retro cool,” he said. “People love that and really appreciate it.”

There were challenges though, Mital admits. “You have to concentrate. It’s not something that happens overnight. It’s been frustrating but brilliant at the same time. For instance, we’ve got more footfall, but also more queues.”

But he is positive about the increased business the Post Office has brought to his store. “I see people deliberately coming to us. [The queues] have been a good problem. We’ve adapted.”

Customers are attracted to his store because it offers Post Office services outside of office hours, Mital said. “One of the biggest things to note is we’re open outside of normal working hours.”

The diversity of his clientele has also increased: “It’s great to see lots of different people with different agendas and missions.”

Despite challenges during the implementation phase, Mital believes the Post Office is a real asset to his business.

“I’m geniunely glad to have it,” he said. “It’s a geniune addition to our business. We’ve figured it out. It’s been an absolute positive and we’re looking forward to bringing it up to speed.”

Being the heart of the community was never going to be easy. But for Mital Morar, it is absolutely the right job to be doing.